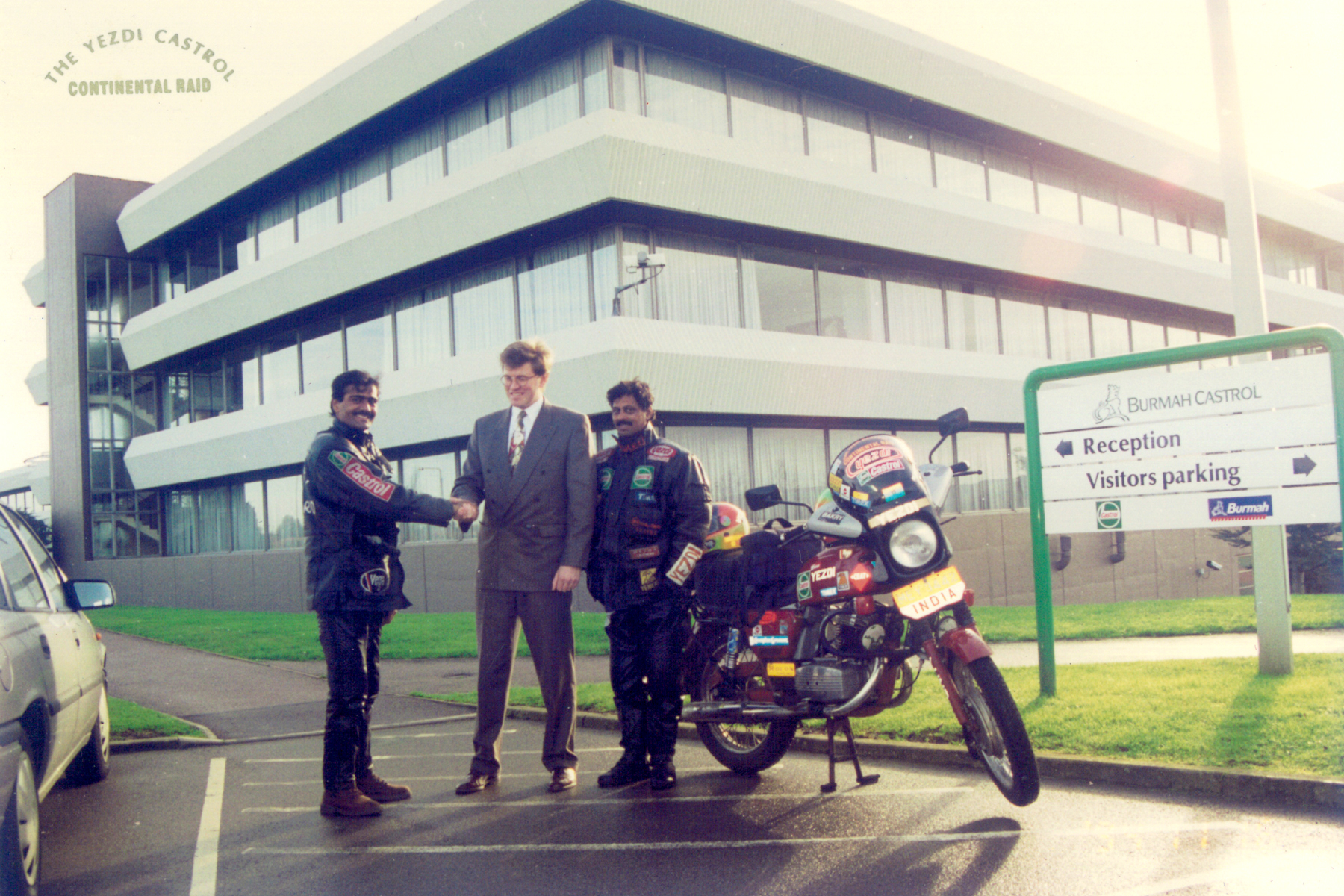 I managed to get Castrol to come on board, and still the logistics were yet to fall in place. Sponsorships were a long drawn process. Moreover we were not so market savvy.

The biggest question those days from sponsors was “Will you disappear with our money?”.

There were many people who had taken sponsorships and disappeared. Some used the sponsor to travel around and emigrate and many others sadly perished in foreign lands.The telecommunication system was so bad that it could take months to hear about someone’s mishap. Those were the days of limited connectivity where you couldn’t dial long distance and be connected instantly.

These were the proactive veterans who had burnt their fingers sponsoring a wanderlust’s love to travel. We approached quite a few sponsors and Air India was one of them. They had to get a guy back from Switzerland, who had died on an expedition from Zurich .This whole fiasco turned out a lot of negative publicity for Air India because of which they were hesitating to sponsor or support this round the world trip but nonetheless you know we had at the time.

WhenI started off this ride, Yezdi was anyway there with an assurance of quite a few thousand dollars.The exchange rate for a dollar then was around Rs.30.I really need to thank them for the confidence they reposed in me at a time when a venture like this was unheard of and moreover the Ideal Jawa Company was not doing too well then. Castrol came in with an amount which would equal the distance traveled that was quite literally disappointing. Nonetheless , I wanted a global brand to be associated with Yezdi. Addon horns who are based out of Bangalore were also roped in. Timex which, then, had a tie up with Titan came on board as our official timekeeper. Ceat tires played it safe they said they would give us Special compound tires that can take on this kind of a ride. They hedged their bets and then said that they would give me money once I returned.Their thought I gather was, If I perish, no harm done, If I come back, there is a great story for them and they based on my return in one piece.I was fine with that.Not that we had great choices then.

Vega helmets from Belgaum now prepared a really special helmet for us. And if I’m speaking to you today, I all owe my life to these helmets. When we had a small crash in Australia, these were the helmets that saved us. Crompton Greaves were in the business of manufacturing batteries and they prepared a brilliant 12 volt batteries because every time we would airlift we had to drain the distilled water and then need top up. The battery would lose its power every time we drain the contents. But these batteries held on beautifully that that is the kind of engineering we had those days. The now defunct Yenkay Instruments prepared meters for us. One was reading miles and one was reading kilometers, and both were running simultaneously. So one one mile would read 1.6 kilometers. That gave us a immediate calculation as to what the distance has been done both in kilometers and miles.Some countries used the metric system and some countries used the English system of measurement. We had Rolon Chains, whose chain went on to do the entire length of the ride. And that’s something really fascinating for us because to do 42,000 kilometers to up across all the six continents. Even now I find it unbelievable, but yes, we never changed chains and the same chains came back.

The next struggle was obtaining Visas. In those days, there was no concept of e-Visas or online application. If you wanted a Visa, you go stand in line at the respective embassy. Europe was the most cumbersome (They did not have a European Union for a unified Visa processing) because we had to approach every embassy and get either a transit visa or a specific duration visa because I was a student. Another fear among embassies was if I was planning to emigrate. So, with the letters from Yezdi, Castrol and some of the sponsors, the first visa came in from the UK consulate in Chennai. Germany came next and then the European countries started issuing Visas one by one, some of them transit Visa for a week to ten days. The last struggle was to get a Visa to the US of A late September, I remember, riding across with the project bike as a test run to Chennai, then Madras. It took us Five and Half hours to ride during the night to Chennai and reach the American consulate by 4.30 in the morning. Unlike the 4 lane roads today, we had a two lane road in those days. We were the third in the queue. The gates open at 9.In those days, there was a lady who was in the American Consulate who used to reject Visa applications just for the heck of it. Lucky us, we got to meet her for the Visa Interview .One look and she branded me an intended alien and the Visa was rejected. I was shattered at that moment wasn’t even able to argue my case as she had switched off the microphone.. Since America would play a very important role for the expedition and we had planned to cover the maximum amount of Miles there, we didn’t want to give up. We returned to Bangalore the same evening and drafted a note with the help of Mr. Tehmton Irani and faxed it to the consulate in Chennai. The next day, we were riding back again and we were the fifth in the queue. Then we realized that interviews for people who appeal happen at four in the evening. We had to wait for almost 12 hours straight before the interview. Luckily, the Consulate had a protocol where, in case of an appeal, a different Consular officer would oversee the interview. The moment we were at the counter, I told him that we have faxed note to the Consulate General. Even after that, in case you feel that we are not eligible for a visa, I would demand an audience with the Consulate General and would plead my case with him. He pulled out the records and asked me what is the duration of the ride in the US. I said, I’ll be doing about 21000 kms in around 20 odd days .The max would be 30 days and we would be out of the country on the 31st day.

So confident in my response and because this is exactly what the plan was since it was around the world in 60 days, so I had to have all the days and you know, the distances at my fingertips. And I’m sure I impressed him . At the end of a 15 minute discussion, he said, he would give us a 3 month Visa and asked me if that was sufficient?