As planned, we reached The James W. Dalton Highway on the 29th of July 2018, a perfect and fitting continuation from the 28th of July 2017 from Magadan. Some very interesting places that we would pass would be crossing the Yukon River, the town of Coldfoot and eventually reaching the town of Deadhorse, which is Continue Reading

Alaska is known as the Land of the Last Frontier.The weather is pretty challenging at any time of the year.  It is reasonably cold, colder for us Indians, and nonetheless, one of the most beautiful places for sure. The very air and landscapes left me speechless! Having reached on the 24th of July, I immediately Continue Reading

#AdventuresBeyondBoundaries:  These are not holidays. These are adventures and so by their very nature, extremely risky. You really are putting both your health and life at risk. That’s the whole point. Your chances of being seriously injured or dying as a result of taking part are high. There have been plenty of instances where individuals Continue Reading

From here the 3rd leg of the Polar Odyssey would head into the LATAM countries with initial tackling the Baja California, Mexico, and go all the way down to Cabo San Lucas, from where we would take a ferry to connect us to mainland Mexico, which would allow us to hook up to the Pan Continue Reading

17th of Jan 2018 was my last working day in a corporate cubicle and I immediately started to refine on the bigger plans in place. So the route would take us from Alaska, post landing in Anchorage, head North towards the Dalton Highway and would eventually end at a place called Deadhorse, which would then Continue Reading

The idea of the Dominar Polar Odyssey was initially named as Flight of the Condor, and this idea was initially mooted by Mr. Eric Vaz, President, Bajaj Auto. This idea was conceptualized during the Press Meet after the most successful adventure of the Dominar Trans-Siberian Odyssey, amidst huge fanfare when Bajaj announced it to the Continue Reading 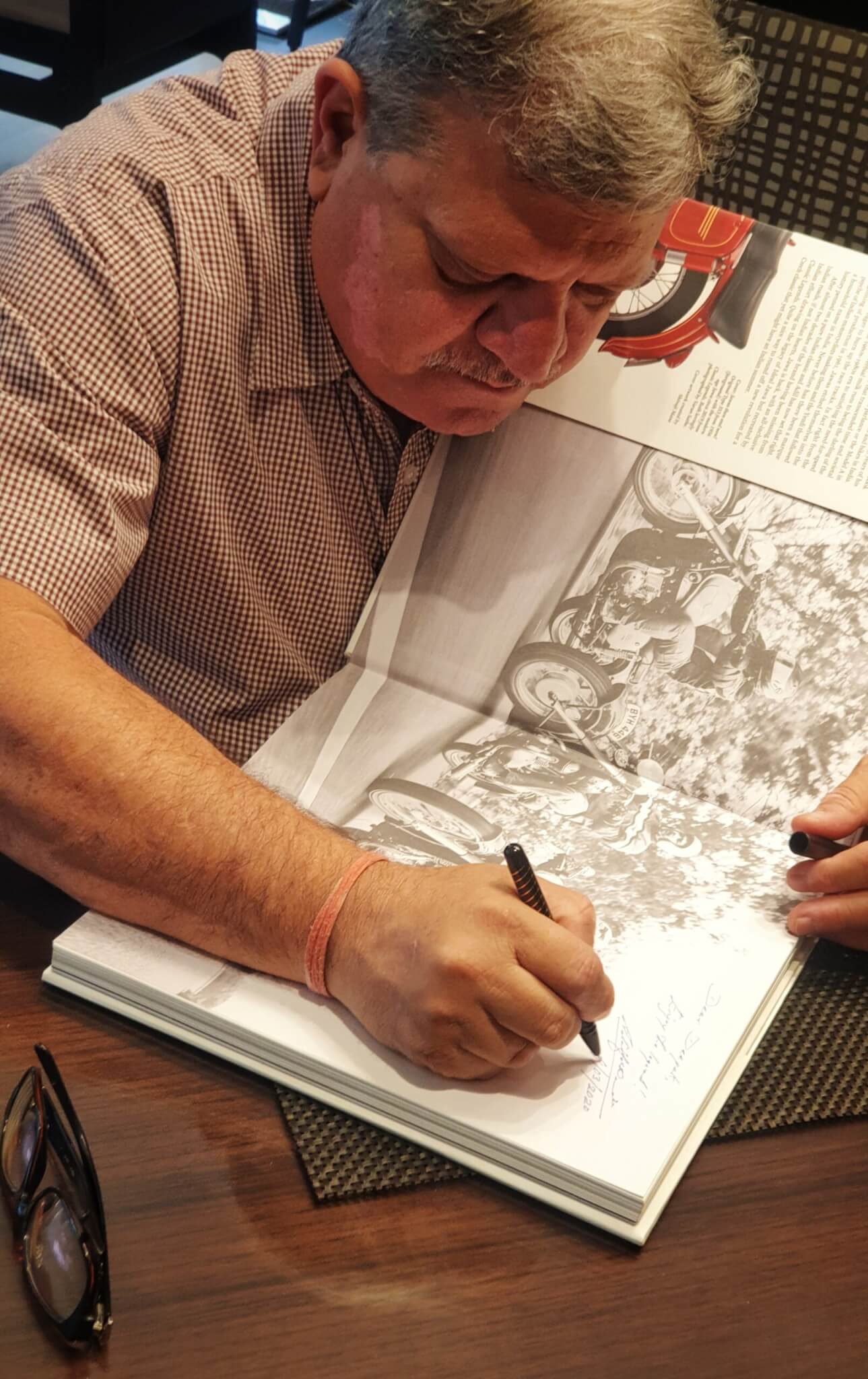 On the 7th March, 2019, I had walked into the office of Mr. Boman Irani (Then Director with Ideal Jawa India Pvt Ltd and now CMD Rustomjee Group) and shared my experiences of the Dominar Polar Odyssey and my landing & riding on the 7th Continent.  I owe my 6 Continents to Boman, alongside Late Continue Reading

The Road of Bones, as it’s meant to be.. While no attempt to glorify the situation that regular commuters face, the situation can get disastrous depending on the weather.. Roads getting washed away and under current in the river crossing not imaginable.. A turnoff at the 2000 kms mark on the Federal Highway of the Continue Reading

There are some unforgettable moments ..for me, other than the travel itself, it has been showing off or unveiling some machines that have created enough eagerness before they actually hit the road… An experience with Popular Bajaj, Cochin was my first in the last few months where the Bajaj Dominar Aurora Green UG 2019 was unveiled amidst Continue Reading